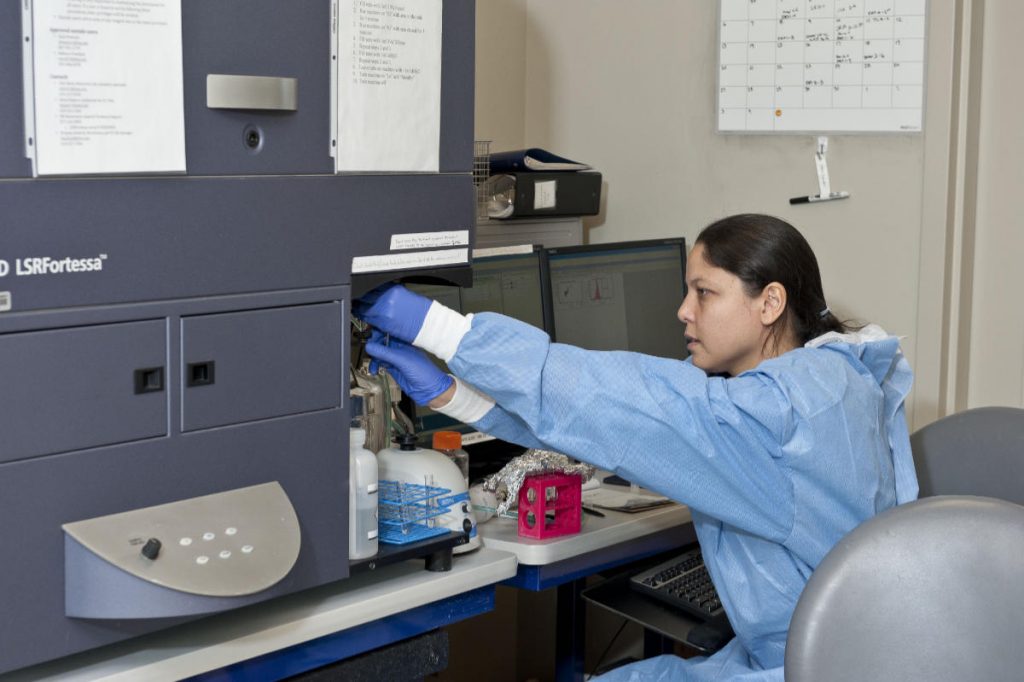 Research in the Retrovirus Laboratory focuses on the molecular virology and pathogenesis of lentivirus infections. In particular, we study the simian immunodeficiency virus (SIV) to determine the molecular basis for the development of HIV CNS, pulmonary and cardiac disease. Research projects include studies of viral molecular genetics and host cell genes and proteins involved in the pathogenesis of disease. Further, studies of lentivirus replication in macrophages and astrocytes and their role in the development of disease are of interest. These studies have led us to identify the viral genes that are important in neurovirulence of SIV and the development of CNS disease including NEF and the TM portion of ENV. The mechanisms of the action of these proteins in the CNS are complex and are under investigation. We have also developed a rapid, consistent SIV/macaque model in which we can test the ability of various antiviral and neuroprotective agents to reduce the severity of CNS and pulmonary disease.

Our group was the first to identify the role of CD4-independent virus entry in the pathogenesis of neurological disease. We have shown that neurovirulent SIV can infect cells in a CD4-independent, CCR5 dependent manner in primary CNS endothelial cells and cell lines that express only CCR5. Further, studies have shown that the Nef protein from the neurovirulent virus interacts with different cellular kinases than the Nef protein from other strains of SIV. Our studies have demonstrated that replication of neurovirulent virus in vivo by quantitation of viral RNA copies in the brain and viral load in cerebral spinal fluid is directly correlated with the development of CNS lesions during SIV infection. Finally, we have shown that virus replication in the CNS is independently regulated from the peripheral blood. Because virus replication in the brain is mainly in macrophages while in the peripheral blood it occurs in lymphocytes, control of viral replication by innate immune responses in the brain is significant. Current research is examining the role of these innate immune responses on restricting viral RNA transcription and gene expression.