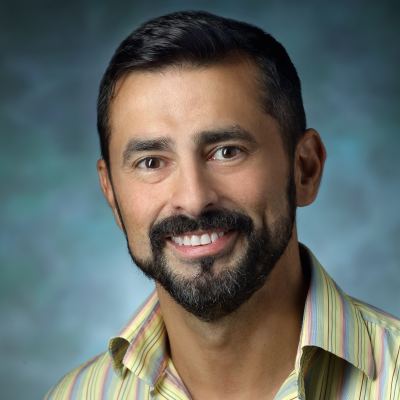 Director for Scientific Collaborations at the Vaccine Research Center, National Institutes of Health

Dr. Lucio Gama is an Associate Professor in the Department of Molecular and Comparative Pathobiology at The Johns Hopkins School of Medicine with expertise in virology, molecular biology, and immunology – more specifically in HIV/SIV and myeloid cells. He has worked in the Retrovirus Laboratory for 14 years investigating innate immune responses during SIV infection, coordinating several research projects, and co-mentoring undergraduate and graduate students. While studying phenotypic variations in myeloid cells during HIV and SIV infection, he identified a novel monocyte subpopulation that suppresses CD8+ T cell proliferation during SIV and HIV acute infection. Following these findings, Dr. Gama started collaborating with other research groups at Johns Hopkins and abroad, studying changes in monocyte phenotypes in the context of HIV, dengue, HTLV-1 infection, and atherosclerosis. In addition, Dr. Gama has been developing in vitro models for the study of HIV and SIV latency/reactivation in monocytes and tissue macrophages. In 2017 he demonstrated for the first time that brain macrophages in SIV-infected ART-treated macaques harbor silent viral genomes that can be reactivated by latency-reversing agents. Since 2016, Dr. Gama has also been working as Director of Scientific Collaborations for the Vaccine Research Center (VRC), NIAID, NIH, where he coordinates the extramural collaborations between the VRC and groups using NIAID HIV broadly neutralizing antibodies in clinical trials.