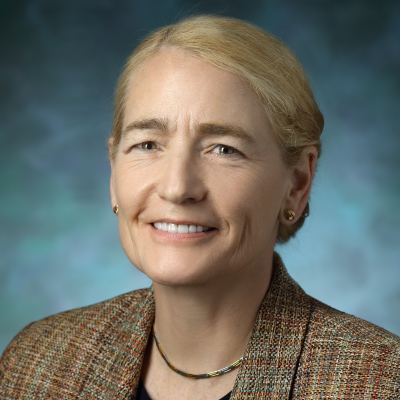 Cory Brayton, DVM, is an associate professor of molecular and comparative pathobiology at the Johns Hopkins University School of Medicine. Her research focuses on phenotyping and pathology in diverse preclinical translational research areas, including cancer, aging, immunology, infectious diseases. Dr. Brayton serves as the director of the Phenotyping Core.

Dr. Brayton is a diplomate of the American College of Laboratory Animal Medicine (ACLAM), and of the American College of Veterinary Pathologists (ACVP). She served as ACVP president in 2014.
Dr. Brayton’s expertise includes the spontaneous pathology and genetics of research mice, as well as the impacts of infectious and other environmental factors on pathology, disease expression, and other phenotypes in diverse research models.

At the Hospital for Special Surgery (1992-1998), she was attending veterinarian and Director of the Facility for Comparative Studies. At Baylor College of Medicine (1998-2004), she headed the Comparative Pathology Laboratory, and was responsible for health surveillance and diagnostic pathology for a diverse research population including more than 150,000 mice. She also served as attending veterinarian, and associate director of the Center for Comparative Medicine. In 2004, she moved to Johns Hopkins to develop the Phenotyping Core.

Dr. Brayton’s primary teaching interest is to improve and promote understanding of model organism biology and pathology, especially as it is relevant to preclinical translational biomedical research.
Since 2006 she has organized symposia and courses that emphasize JHU resources and faculty, including JHU Phenotyping Symposia in 2006, 2007, 2008, 2009;  School of Medicine graduate school course (ME 680.712) in 2007, 2008; Mouse Pathobiology and Phenotyping Short Courses since 2010; and phenotyping and comparative pathology slide conferences.
Dr. Brayton has been actively involved in national and international phenotyping initiatives, conferences and courses that promote research rigor, and understanding of mouse biology, pathology and phenotyping in contemporary preclinical translational research.